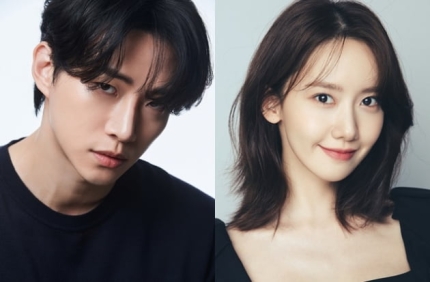 On April 20, Korean media reported that actor Junho (2 PM) and actress YoonA (Girls Generation) will take on the male and female lead roles in the romantic drama “King the land”.

The drama will tell the story of the hotel industry, revolving around the story of a corporate heir who rarely smiles and a girl who always has to smile whether she wants to or not.

In the drama, Junho will play Goo Won, the son of the King Group, which owns a chain of hotels, and airlines and distributes luxury goods. Caught in a fierce inheritance battle, Goo Won has the wisdom, elegance, and charm to rise to the top. However, he had absolutely no experience, no sense of love.

READ ALSO: Who has the Best leaning angle like a statue: Lee Min Ho, Hyun Bin and Ahn Hyo Seop are popular but will they lose to this name?

And YoonA takes on the role of Cheon Sa Rang, a hotel manager with a bright smile. Cheon Sa Rang gets a job at King Hotel which brings her happiest memories and she grows up while facing all kinds of prejudices and misunderstandings.

Actor Junho built up his career as an actor through lots of drama works such as the movies Watchers’ and ‘Twenty’, JTBC ‘Rain or Shine‘, SBS ‘Wok of Love‘, tvN ‘Confession‘, and The fruit of passion and zeal blossomed in his comeback work, MBC’s ‘The Red Sleeve‘.

As Junho Lee chooses the romantic comedy genre as his next work, the dreams and aspirations of many fans and viewers who wanted him to become a modern man, leading are expected to come true in ‘King the Land’.

Meanwhile, Yoona is expected to present a new transformation into a hotelier in this work, following her first challenge in the noir genre and collecting topics through her drama ‘Big Mouse’, which is currently being filmed prospect.

The drama is written by “All of us are dead” writer Chun Sung Il and produced by NPIO Entertainment and BY4M Studio. It is expected to start filming this fall after completing the casting process. The drama’s broadcast schedule is being discussed.