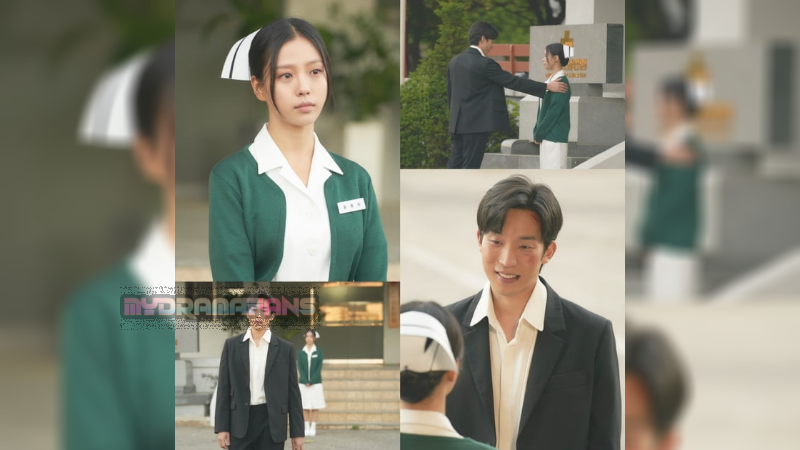 “Youth of May” Episode 11 Lee Soo-Chan’s lonely appearance was seen leaving the front of peace hospital where Kim Myung-Hee Work.

In the 11th episode of KBS 2TV’s Monday-Tuesday drama “Youth of May” which will air on the night of the 7th, Hwang Hee-tae (played by Lee Do-Hyun), who disappeared after a mysterious car accident, and Kim Myung-hee (played by Ko Min-si), who keeps his seat at the hospital, will be depicted.

In the last episode, Kim Myung-hee was shocked to hear about the accident of Hwang Hee-tae, who had left to save blood. In addition, Lee Soo-chan (played by Lee Sang-eun), who was taken to the Sangmu University, was barely released thanks to Hwang Ki-nam (played by Oh Man-Seok) but witnessed the terrible situation in which innocent citizens were detained.

“Youth of May” Episode 11 Preview

Meanwhile, the photo released on the 5th showed a meeting between Kim Myung-hee and Lee Soo-chan, who looked exhausted. The mixed relationship between Kim Myung-hee, who is just waiting for Hwang Hee-tae to return, and Lee Soo-chan, who comforts her, evokes regret.On the other hand, Lee Soo-chan smiles at Kim Myung-hee with a scarred face, but turns around and feels an unknown blackness from his stiff face. Questions are mounting over what the conversation between the two might be. The broadcast on this day raises expectations as it reveals not only where Hwang Hee-tae was kidnapped but also Lee Soo-chan’s heart toward Kim Myung-hee. With the blockade of Gwangju just around the corner, we are all the more looking forward to what will happen to them.

Meanwhile, the production team of “Youth of May” said, “In the 11th episode, it features a cross-section of the times when we had to sacrifice to protect our loved ones amid the whirlwind of history. Please watch how the tragedy of the day broke down each person’s life.